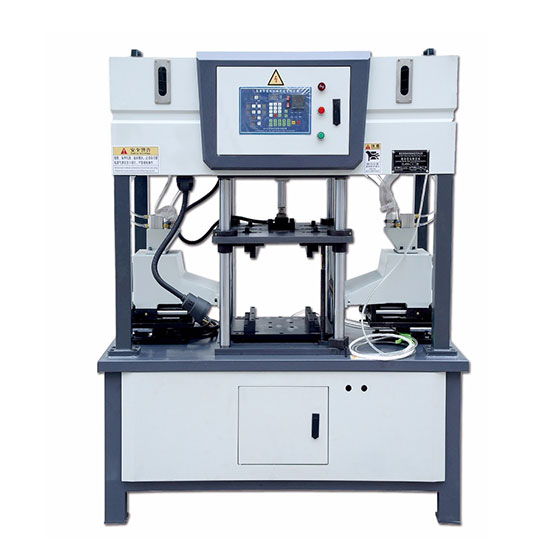 The machine mainly consists of the following parts

The sand storage hopper is positioned at the upside of the column which is used for sand core storage and conveying. It is a tetragonal pyramid groove. The sand core will fall into the sand-shooting box via the outlet of sand hopper.

4. Before starting or after machine operation and after opening the compressed air pipe strobe, all parts of the machine should be under the following status:

C1、After the power supply and air supply are connected, press the start-key when the indicator light on the control plate is on. The machine will automatically enter working status and personnel can leave. Compressed air makes the plunger of clamping cylinder forward and also clamps the core box on the worktable.

C2、The machine’s working model includes manual, single-action and automatic. Choose any one working procedure and press the start-key to compress the air so that the cylinder’s plunger can move forward and clamp the shooting head on the core box.

B, Automatic signal device for solidifying time: when the shooting head clamping cylinder returns to the original position (rise), the time relay and contactor with clamping stroke switches start counting simultaneously. When reaching the set solidifying time, the indicator light will glitter and die-opening will start automatically

Delin Machinery is a well-known Chinese foundry machinery manufacturer, which can provide quotation and export of core shooting machines to various countries. If you want to know more related information, you can pay more attention to our website dynamics!

nextHow to solve the problem of core shooting machine